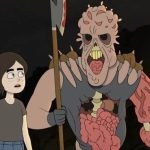 FX Networks has released a trailer for Little Demon, the upcoming adult animated horror comedy series from Rick and Morty co-creator Dan Harmon which follows Laura, the antichrist daughter of Satan and her mother Laura as their attempt to live an ordinary life that is constantly thwarted by monstrous forces; watch it below…. In FX’s […] 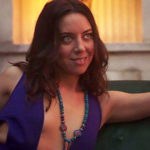 The Devil is coming to FX Networks, and he’ll come in the form of Danny DeVito. Deadline is reporting that the Rick and Morty co-creator Dan Harmon will serve as executive producer on Little Demon, an animated horror-comedy series coming to FX. Starring in the series will star Danny DeVito, his daughter Lucy DeVito and […]