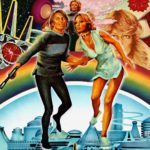 Having been in development for several years now, it looks like Warner Bros. may finally be ready to move forward with its Logan’s Run remake. Deadline is reporting that the studio has closed a deal for Simon Kinberg (X-Men: Dark Phoenix) to direct from a script by The Hunger Games writer Peter Craig. Kinberg originally […]

Deadline is reporting that Warner Bros. has brought in Colony showrunner Ryan Condal to write a new draft of the script for Logan’s Run, the long-gestating remake of the 1976 sci-fi film. Condal will be basing his script on a treatment from writer-producer Simon Kinberg (X-Men: Apocalypse), who was brought onto the project last year. […]

It looks like Warner Bros. is taking another stab at its long-planned Logan’s Run remake, with the studio enlisting writer-producer Simon Kinberg (X-Men: Days of Future Past, Star Wars Rebels) to write a story and treatment, according to THR. The remake of the classic 1976 sci-fi movie has passed through the hands of a number […]