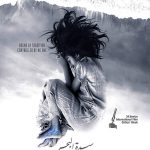 Scales, 2019. Directed by Shahad Ameen. Starring Baseema Hajjar, Yaqoub Alfarhan and Ashraf Barhom. SYNOPSIS: In an isolated island community, each family must sacrifice one daughter to the sea creatures who surround it. But one young girl has been spared that fate by her father, making her an outcast in the community. A few years […] 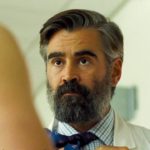 Colin Farrell’s second film in a row for director Yorgos Lanthimos hits British cinemas this week.  The Killing Of A Sacred Deer puts the actor at the centre of a dark and twisted tale about a surgeon whose well-ordered life is turned upside down by a troubled teenager (Barry Keoghan) seeking revenge – not just […]

Yorgos Lanthimos’ much anticipated follow up to The Lobster (2015) arrives in British cinemas this week.  Part Greek tragedy, part horror and part morality tale, The Killing Of A Sacred Deer was written by Lanthimos and regular collaborator, Efthimis Filippou, winning them the Best Screenplay award at Cannes. Their twisted tale watches the well-ordered life […] 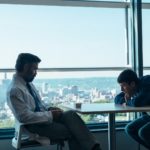 The Killing Of A Sacred Deer, winner of the Best Screenplay award at this year’s Cannes, arrives in UK cinemas this week, just weeks after an enthusiastic reception at this year’s London Film Festival. Yorgos Lanthimos’ follow up to the equally acclaimed The Lobster (2015) turns the spotlight on a successful surgeon who forms a […]

The BFI London Film Festival has announced that it will be serving up the European premiere of Battle of the Sexes starring Emma Stone and Steve Carell as this year’s American Express Gala. The film will screen on Saturday, October 7th, with Emma Stone, Andrea Riseborough, Elisabeth Shue, directors Valerie Faris and Jonathan Dayton, and the […]

The British Academy of Film and Television Arts (BAFTA) have announced that the latest in their prestigious series of lectures by the world’s leading screenwriters will feature writer-directors Kenneth Lonergan, Maren Ade, Park Chan-wook, and Phil Lord and Chris Miller this October. Now in its seventh year, the Screenwriters’ Lecture Series exists to celebrate screenwriters’ authorial […]

The British Film Institute and the BFI London Film Festival have announced today the Steve McQueen, the Turner Prize-winning video artist and Oscar-winning producer, director and screenwriter, is to receive the BFI Fellowship during the London Film Festival’s annual Awards Ceremony on Saturday, October 15th. “I first walked into the BFI library and cinema 28 […]