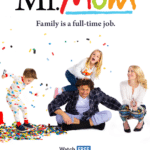 Vudu has released the first trailer and poster for the small screen reboot of the John Hughes-penned 1983 comedy Mr. Mom which arrives on the streaming service next month. The series stars Hayes MacArthur as Greg, who finds himself taking on the role as a stay-at-home parent when his wife (Andrea Anders) lands her dream […] 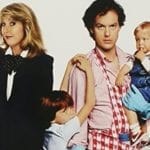 As part of its new partnership with the Walmart-owned streaming service Vudu, MGM has announced that it is set to reboot the Michael Keaton-headlined 1983 comedy Mr. Mom as a digital series. The original film, penned by John Hughes, saw Keaton playing an unemployed father who becomes a stay-at-home dad to his three young children […]

Tom Jolliffe with the 80s movie guide for the new parent… Last December I welcomed my baby daughter into the world. It was a momentous day. My first, and like all new parents who find the weight of responsibility fall into their lap after 9 months of increasing inevitability, I suddenly realised I had absolutely […]