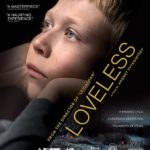 Loveless, 2017. Directed by Andrey Zvyagintsev. Starring Maryana Spivak, Aleksey Rozin, and Matvey Novikov. SYNOPSIS: A couple going through a divorce must team up to find their son who has disappeared during one of their bitter arguments. Loveless issues two stark warnings to its audience: don’t let your resentment for another render you without love […] 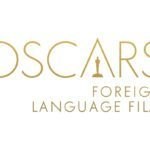 The Academy of Motion Picture Arts and Sciences has announced that it has narrowed the field of 92 submissions for the Best Foreign Language Film at the 90th Academy Awards to a shortlist of nine movies: Chile, A Fantastic Woman, Sebastián Lelio, director Germany, In the Fade, Fatih Akin, director Hungary, On Body and Soul, Ildikó Enyedi, director […] 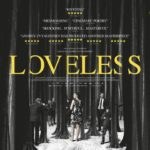 Ahead of its UK release this coming February, Altitude has unveiled a trailer for director Andrey Zvyagintsev’s (Leviathan, The Return) acclaimed drama Loveless, which won the Jury Prize at Cannes earlier this year and was also named Best Film at the BFI London Film Festival. Take a look here… Zhenya (Maryana Spivak) and Boris (Alexey […]