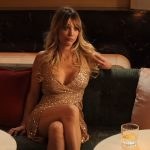 Ahead of its premiere later this month, HBO Max has shared a new trailer for the second season of its acclaimed dark comedy series The Flight Attendant which sees Cassie, now sober, moonlighting as a CIA asset and living her best life in L.A., until she inadvertently witness a murder during an assignment. Watch the […]