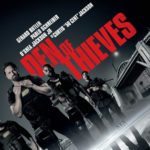 Deadline is reporting that Gerard Butler, Curtis ’50 Cent’ Jackson and O’Shea Jackson Jr. are set to reunite with director Christian Gudegast for a sequel to last month’s action heist thriller Den of Thieves. The project will once again be written and directed by Gudegast, and “will find Big Nick (Butler) on the hunt in […]