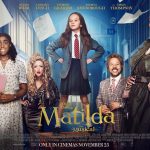 Following its world premiere at the BFI London Film Festival, a new trailer has been released for the Roald Dahl’s Matilda the Musical, the big screen adaptation of the Tony and Olivier award-winning stage musical and the classic children’s book. Check it out below, along with a batch of character posters featuring Matilda (Alisha Weir), […] 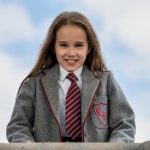 The first trailer has been released for Roald Dahl’s Matilda the Musical, director Matthew Warchus’ take on the Tony and Olivier award-winning stage musical adaptation of the Road Dahl children’s book which tells the story of an extraordinary young girl who summons the courage to help others and take charge of her own destiny. Matilda […] 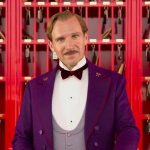 Back in February it was announced that Sony and Netflix are teaming on a film version of Matilda: The Musical, and now we have our first piece of casting news for the Roald Dahl adaptation. As revealed by Deadline, Oscar nominee Ralph Fiennes is set to portray the antagonist Miss Trunchbull, headmistress of Crunchem Hall […] 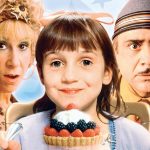 Netflix is teaming with Sony Pictures to produce a feature film adaptation of Matilda: The Musical, the stage version of Roald Dahl’s beloved 1988 children’s novel. As revealed by THR, the film will be directed by Matthew Warchus, the director of the stage musical, whose previous film credits include 1999’s Simpatico and 2014’s Pride. Matilda […]