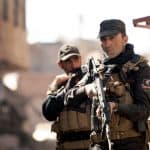 With a little over two weeks to go until Mosul arrives on Netflix, the streaming service has released a trailer, poster and images for the upcoming thriller. Directed by Matthew Michael Carnahan and produced by Anthony and Joe Russo (Avengers: Endgame, Extraction), the film tells the story of the story of the Nineveh SWAT team […] 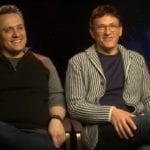 While they’ve been hard at work on Avengers: Infinity War and the upcoming Avengers 4, filmmakers Joe and Anthony Russo have also found time to produce a Middle East-set thriller entitled Mosul, which was shot in secret earlier this year. Mosul marks the directorial debut of World War Z screenwriter Matthew Michael Carnahan, and is […]