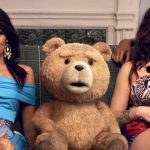 Last summer it was announced that Seth MacFarlane will be reprising his role as foul-mouthed, hard-drinking teddy bear Ted for a prequel series on streaming service Peacock, and now we have word on the cast for the small screen spinoff. As per THR, the Ted series will take place in 1993, after “Ted the bear’s […]