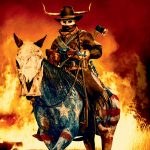 EJ Moreno reviews The Forever Purge… In this somehow long-running franchise, The Purge films have tried to do a lot. The Forever Purge is trying to be as political and intelligent as the other entries, but critic EJ Moreno feels like this one doesn’t match the others. Watch the review here, and be sure to follow […] 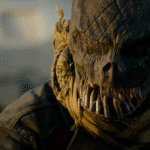 The Purge is back for one final battle, and the latest installment looks more socially relevant than ever. In the first trailer for The Forever Purge, all the rules are broken as a sect of lawless marauders decides that the annual Purge does not stop at daybreak. That means they want non-stop violence, and that […] 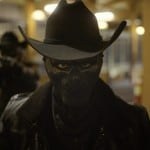 In what’s hailed as the final franchise installment, The Forever Purge looks to change up everything we know about the action-horror films. Not only is the franchise leaving its usual metropolitan setting, but the film will take place after the annual event has been abolished. USA Today offered up the above image and revealed new […] 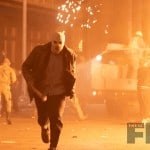 Though the image from the latest Purge film is meant to promote the upcoming action-horror sequel, it’s hard to deny its impact after the recent events in the United States. Still, Total Film has offered fans the first look at The Forever Purge, which is said to be the final instalment in the film franchise. […] 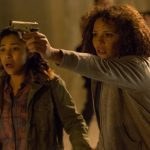 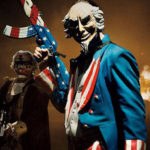 Earlier this year, Universal Pictures and Blumhouse announced the fifth and final instalment in The Purge franchise, The Forever Purge, had been pulled from the release calendar due to the ongoing global health crisis. Now, according to Variety, The Forever Purge will now release in theatres on July 9th, 2021 instead of its originally scheduled debut on […]

Universal Pictures and Blumhouse’s The Forever Purge, initially set for a July 10th release date, is now pulled from the release calendar. The film was set to open before Christopher Nolan’s Tenet, making it one of the first significant releases after cinemas open (Solstice Studios’ Russell Crowe movie Unhinged on July 1st remains the first […] 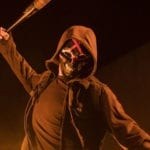 USA Network has cancelled two of its major series based off existing Universal movie franchises – The Purge after two seasons and Treadstone after one season. According to Deadline, these cancellations are a part of the overall programming shift away from ongoing scripted series toward more live and unscripted programming. Based on the movie franchise The Purge, the […]

Having found a director last year in Everardo Gout (Luke Cage), the fifth and supposedly final entry in The Purge feature film series has now received the title of The Forever Purge. Details on The Forever Purge are being kept tightly under wraps, but we do know that the film has been scripted by franchise creator […]

Tom Jolliffe looks at Blumhouse Productions and the success and sustainability of its business model… When it comes to box office discussion, it seems to revolve around the success or failure of the huge tentpole films. Was Birds of Prey a flop? Did The Rise of Skywalker flop? Can Avengers: Endgame be matched again in […]