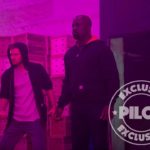 Empire has revealed a new image from the second season of Netflix’s Marvel superhero series Luke Cage which sees Danny Rand/Iron Fist (Finn Jones) and Luke Cage (Mike Colter) together again; check it out here… After clearing his name, Luke Cage has become a celebrity on the streets of Harlem with a reputation as bulletproof […] 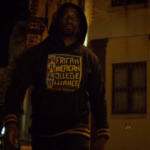 Netflix has released a date announcement teaser for the second season of Luke Cage, revealing that the Marvel series is set to arrive on June 22nd, as well as giving us a new look at Mike Colter’s titular superhero in action; check it out here… After clearing his name, Luke Cage has become a celebrity […] 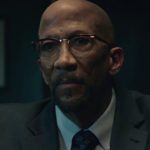 Yesterday brought the rather sad news that The Wire and House of Cards actor Reg E. Cathey had passed away after losing his battle with cancer. The actor is known to comic book movie fans for his role as Franklin Storm, the father of Sue and Johnny Storm, in 2015’s Fantastic Four, and it seems […] 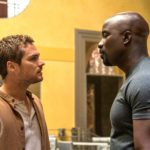 As revealed earlier this month, Mike Colter’s Power Man won’t be the only Defender appearing in the second season of Marvel’s Luke Cage, with Finn Jones set to reprise his role as Iron Fist in what could potentially be the start of the two characters’ Heroes for Hire partnership. While details on Jones’ level of […]

It looks like Power Man won’t be the only Defender in the second season of Luke Cage, as Entertainment Weekly has unveiled a first-look image revealing that Finn Jones’ Iron Fist is set to feature in the series when it arrives on Netflix next year. SEE ALSO: Misty Knight gets her bionic arm in first […] 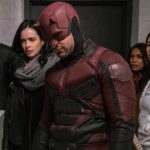 Ricky Church reviews the season one finale of Marvel’s The Defenders… The Defenders comes to an end with the appropriately titled ‘The Defenders’ as the group makes one last-ditch attempt to stop The Hand and save New York City. While the series’ conclusion wasn’t as strong as it’s beginning, ‘The Defenders’ was still a good […] 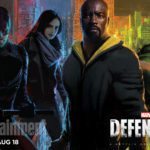 Ricky Church reviews the fifth episode of Marvel’s The Defenders… While ‘Royal Dragon’ offered a breather for viewers, ‘Take Shelter’ lived up to its name with The Defenders on the run and fighting for their lives. It continued the team’s bonding, once again showing off the chemistry between the four actors, and had a good […]

Ricky Church reviews the fourth episode of Marvel’s The Defenders… ‘Royal Dragon’ has so far been the best episode of The Defenders for highlighting the differences and similarities between the team members. It really showed off the chemistry that exists between the four principal actors, offering a bit more of an introspective episode that still […]