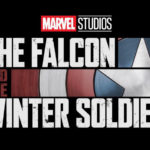 With filming on Marvel Studios’ first Disney+ production The Falcon and the Winter Soldier ongoing, Deadline is reporting that Desmond Chiam (Now Apocalypse) and Miki Ishikawa (The Terror: Infamy) have joined the cast of the Marvel Cinematic Universe series. Details on Chiam and Ishikawa’s roles are being kept under wraps, but the duo join a […] 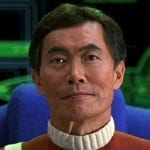 AMC has announced that Star Trek icon George Takei has joined the second season of its acclaimed anthology series The Terror as both a series regular and consultant. Takei joins the previously announced Derek Mio (Lethal Weapon), while other new additions to the cast include Kiki Sukezane (Lost in Space), Miki Ishikawa (9-1-1), Shingo Usami (Unbroken) and Naoko Mori (Everest). Set during World […]