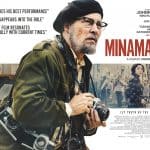 Vertigo Releasing has revealed the first poster and trailer for the upcoming drama Minamata. Based on Aileen Mioko Smith and Eugene Smith’s book of the same name, the film stars Johnny Depp as celebrated war photographer W. Eugene Smith, who documented the devastating effects of mercury poisoning in the titular Japanese coastal city; take a […]

Hanway Films has announced that filming has begun on Minamata, director Andrew Levitas’ upcoming thriller which stars Johnny Depp as celebrated war photographer W. Eugene Smith. To mark the start of production, here’s the first image of Depp in character, followed by the official synopsis Minamata is based on the book by Aileen Mioko Smith […] 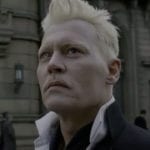 Johnny Depp has added two projects to his upcoming slate in the independent drama Minamata and an adaptation of J.M. Coetzee’s novel Waiting for the Barbarians, the latter of which he will also produce through his Infinitum Nihil production company. Minimata is set to be directed by Andrew Levitas (Lullaby) and will see Depp taking […]