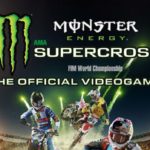 Milestone, developers of MXGP – The Official Motocross Videogame, have joined forces with Feld Entertainment, Inc. to bring Monster Energy Supercross – The Official Videogame to the Xbox One, Playstation 4 and PC on the 13th February 2018.  The game will also release on the Nintendo Switch shortly afterwards.  Alongside this announcement Milestone have released a […]