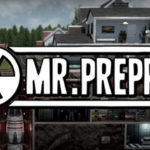 Playway and developer Rejected Games have released a brand new teaser trailer for their upcoming apocalypse preparation game Mr. Prepper.  The developers initially planned for the game to release this month, however, they felt that so much more could be done to improve the game so plan to release it at a later date.  You can […]