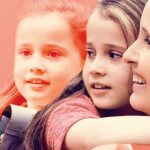 Signature Entertainment has released a UK trailer for the upcoming sci-fi drama My Zoe. The film is written and directed by Julie Delpy who also stars in the feature as Isabelle, a divorced mother who will do anything it takes to get her young daughter back after she passes away. Joining Delpy in the cast […]