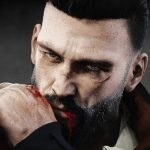 Action packed racing and supernatural horror are in store for Playstation gamers as Sony has announced that Need for Speed: Payback and Vampyr are the PS+ titles for October.  Both titles will arrive on 6th October so there’s still time to add Street Fighter V and PUBG: PlayerUnknown’s Battlegrounds to your PS4 games library. In Dontnod […]

During today’s EA Play showcase, Electronic Arts unveiled a gameplay trailer for its upcoming open world racing action title Need for Speed Payback. The latest instalment in the long-running series takes its inspiration from the Fast & Furious franchise, putting players in control of a three-person crew as they embark on intense missions and high […]