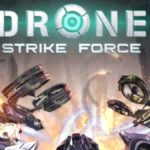 Odisi Games and NGD Studios have announced the release of their free-flying competitive FPS, Drone Strike Force, on Steam Early Access.  This competitive skill-based game will bring a whole new challenge to the FPS genre with its very unique aerial combat gameplay.  To celebrate the game’s release, top content creators will be competing alongside players […] 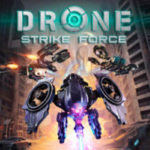 Odisi Games and NGD Studios have announced that they will launching their free-flying competitive FPS, Drone Strike Force, on Steam for PC on 16th August.  For those wanting to give the game a try, there’s a special weekend open beta underway which ends tomorrow.  Watch the gameplay trailer below to see some drone wrecking havoc. […]

Developer, NGD Studios, have been working hard to bring not one but TWO new races to the universe of Master of Orion, and will also be bringing new victory conditions and independent planets. The two new races will be the Darloks and Silicoids.  The Darloks are masters of espionage and subtefuge and although anyone will be able to use espionage in their […]