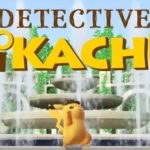 Arriving on the Nintendo 3DS this coming March from both The Pokémon Company International and Nintendo is Detective Pikachu, a unique Pikachu in the Pokémon world.  Our super-sleuth Pokémon partners up with Tim Goodman, both then search for evidence and clues to solve numerous cases, whilst also investigating the disappearance of Tim’s father, Harry Goodman. […]

You may remember, a few years back at E3 2014, that Shigeru Miyamoto was hyping a game codenamed Project: Giant Robot. The game was to take full advantage of the Wii U controller, allowing players to build, and customize giant robots in order to pit them against various robotic monstrosities. The game was never officially “scrapped”, […]

A lot of us were a little worried when we finally received confirmation that the Nintendo Switch would be a home console/handheld hybrid. It’s an awesome idea, of course, and the prospect of playing The Legend of Zelda: Breath of the Wild on-the-go is almost too much excitement to handle. However, what about the 3DS? Throughout […]

A feature that Pokemon Sun and Moon players have been asking about for a while is compatibility with the ‘Pokemon Bank’. Pokemon Bank, if you are unaware, is a service that allows players to store Pokemon caught across all titles. This way, players can use the bank to port their favorite Pokemon over to the latest […]

Inti Creates and Sunsoft have just announced a sequel to the NES classic Blaster Master at a 20th anniversary Fan Festa event in Ichikawa. Entitled Blaster Master Zero, Inti Creates states on their official site that they hope to make a game that “both hearkens back to the golden age of the NES and uses the […]

Everyone’s favourite pink ball, Kirby, is making a return on the 3DS this June in Kirby: Planet Robobot. In Planet Robobot, the Haltmann Works Company and its robotic army are attacking Planet Popstar and only Kirby can stop the invasion.  Using Kirby’s copying powers as well as all new abilities and technology players must take […]