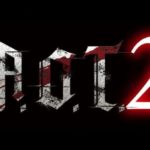 Koei Tecmo have announced that Attack on Titan 2, the sequel to last year’s hit title A.O.T. Wings of Freedom, is currently in development and is set for release in early 2018.  Inspired by the second series of the hit anime,Attack on Titan, this sequel promises to provide an equal amount of jaw dropping, fast paced […]