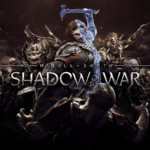 Warner Bros. Interactive Entertainment and Monolith have released a brand new trailer for their upcoming title Middle-Earth: Shadow of War which will be released on the 10th October for the Xbox One X, Xbox One, PC, PlayStation 4 and PlayStation 4 Pro.  This new trailer places the spotlight on the game’s expanded Nemesis System.  Watch it below… The […]