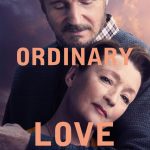 Following its premiere earlier this month at the Toronto International Film Festival, a poster and trailer have been released for the romantic drama Ordinary Love which stars Liam Neeson and Lesley Manville as a married couple facing a battle against cancer. Joan and Tom have been married for many years. There is an ease to […]