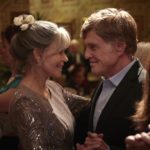 The Fault in Our Stars screenwriters Scott Neustadter and Michael H. Weber swap YA romance for OAP romance with the Netflix original film Our Souls at Night, which reunites Robert Redford and Jane Fonda fifty years after the played newlyweds in Barefoot in the Park. The movie is set to hit the streaming service this […] 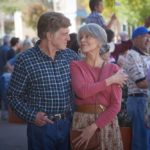 Ahead of its arrival on Netflix next month, a trailer has been released for the upcoming romantic drama Our Souls at Night. Directed by Ritesh Batra, the film is based on Kent Haruf’s novel of the same and sees Jane Fonda and Robert Redford starring together for the fourth time, while the rest of the […]