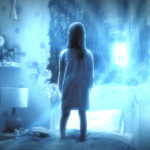 Less than four years after the release of “the final chapter”, Paramount Pictures has announced that it pushing ahead with a seventh instalment in the Paranormal Activity franchise. “We are partnering with uber horror producer Jason Blum to bring a new installment of Paranormal Activity,” revealed Paramount Chairman Jim Gianopulos during an appearance at CineEurope, […]