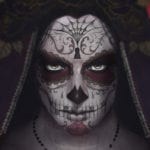 Back in November it was announced that Showtime and creator John Logan are returning to the world of Penny Dreadful for the spinoff series / “spiritual descendant” Penny Dreadful: City of Angels, and now the network has announced that production is officially underway with the release of a first-look image featuring stars Daniel Zovatto and […]