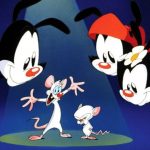 Back in 2017 it was announced that Steven Spielberg’s Amblin Entertainment was working on a revival of the beloved 90s cartoon series Animaniacs, which subsequently received a two-season order from Hulu. We’ve heard very little in the way of news from the project in the years since, but now comes word that original voice actors […]