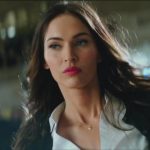 Emmett/Furla/Oasis’ Randall Emmett has cast Megan Fox and EFO regular Bruce Willis in his upcoming directorial debut Midnight in the Switchgrass, where they join the previously announced Emile Hirsch (Into the Wild). The $15 million-budgeted film takes place in 2004 and revolves around an FBI agent (Fox) who teams with a Florida State police officer […]