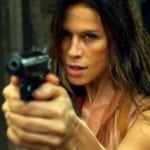 Supergirl will be facing off against a fan-favourite villain in the form of Mercy Graves, Lex Luthor’s loyal bodyguard, in the upcoming fourth season of the DC show. Deadline has revaled that the series has cast Rhona Mitra (Strike Back) to portray Mercy while Robert Baker (Grey’s Anatomy) has been cast as her brother and […]