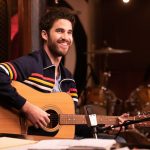 With less than a week to go until Royalties arrives on Quibi, a new trailer has been released for the musical comedy series which stars Darren Criss and Kether Donohue as a ragtag songwriting duo alongside a cast that includes John Stamos, Georgia King, and Tony Revolori; watch it here… From the mind of Emmy […] 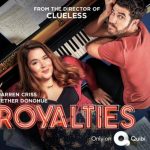 Quibi has released a trailer, poster and images for creator Darren Criss’ upcoming musical comedy series Royalties which follows Criss and Kether Donohue as a songwriting duo Pierce and Sara as they navigate the challenges of creating a truly great song week after week. From the mind of Emmy & Golden Globe Award-winning actor and […]