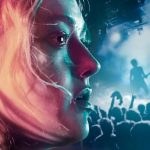 Ahead of its VOD release next month, Universal Pictures has revealed a poster and trailer for writer-director Gerardo Naranjo’s upcoming drama Viena and the Fantomes which stars Dakota Fanning as a young roadie who finds herself trapped in a dangerous love triangle while travelling with a punk band during the 1980s. Joining Fanning in the […]