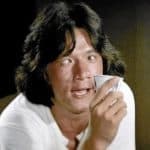 Tom Jolliffe offers up ten essential Jackie Chan films… Jackie Chan is the master of physical action comedy. His popularity has spread across the world from Hong Kong and China, to the west (even after early false starts to launch him as a star in the States). In the mid-80’s he was part of a […]

Website Tracking Board is tonight reporting news that MGM is readying a “threequel” to Shanghai Noon, which starred Owen Wilson and Jackie Chan. The third film, set to be called Shanghai Dawn, will see Wilson and Chan return to the roles of Roy O’Bannon and Chon Wang, which the duo played in 2000’s Shanghai Noon […]