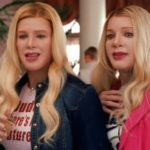 According to Terry Crews, plans are afoot for a sequel to the 2004 comedy White Chicks, which will see him reuniting with writers and stars Shawn Wayans and Marlon Wayans. Crews – who portrayed basketball star Latrell Spencer in the film – was asked about the prospect of a sequel during an appearance on Andy […]