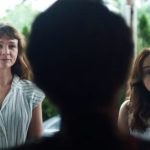 Universal Pictures has debuted the trailer and poster for the upcoming drama She Said. Directed by Maria Schrader, the film tells the story of Megan Twohey (Carey Mulligan) and Jodi Kantor (Zoe Kazan), The New York Times reporters behind the expose of producer Harvey Weinstein, shattering years of silence about sexual abuse in Hollywood and […] 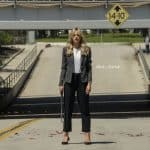 According to Deadline, Carey Mulligan will follow-up her Oscar-nominated turn in Promising Young Woman by teaming up with Zoey Kazan for Universal Pictures’ She Said. Based on the New York Times investigation into the Harvey Weinstein sexual harassment scandal, She Said will see Mulligan and Kazan portray Megan Twohey and Jodi Kantor, authors of the […]