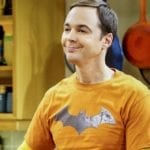 Back in August it was announced that the long-running CBS sitcom The Big Bang Theory is set to come to an end with its upcoming twelfth season after Jim Parsons turned down a bumper $50 million offer to continue in the role of Sheldon Cooper. Well, with the final season now reaching its midway point, […]