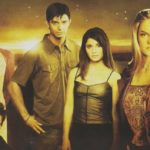 Back in October it was announced that The CW was looking to reboot the sci-fi series Roswell, and now comes word that the network has officially placed a pilot order for the project. The Roswell pilot is written by Carina Adly MacKenzie, who will executive produce with Justin Falvey, Darryl Frank, Lawrence Bender and Kevin […]