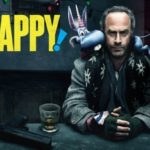 Some bad news if you’re a fan of Syfy’s comic book adaptations Happy and Deadly Class, Netflix’s The Ranch or Amazon’s Sneaky Pete, as it’s been announced that all four shows have been cancelled. The Grant Morrison/Darick Robertson adaptation Happy has ended after two seasons, with Deadly Class lasting for just one, although Universal Content […] 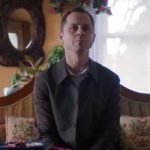 Amazon has announced that it has given the green light to a new original dramatic series, Sneaky Pete, which comes from the creative team of David Shore (House), Bryan Cranston (Breaking Bad), Erin Gunn (Battle Creek) and James Degus (All the Way). SEE ALSO: Watch the trailer for Sneaky Pete The series will see Giovanni […]

Ahead of its debut on Amazon Prime tomorrow, Sony Entertainment has released the first trailer for the upcoming pilot Sneaky Pete which stars Giovanni Ribisi, Marin Ireland, Margo Martindale and Bryan Cranston (who also co-creates). You can check it out below… From Executive Producers David Shore and Bryan Cranston, Sneaky Pete revolves around a con-man […]