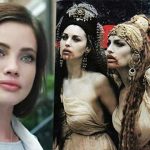 Deadline reports that the Dracula reimagining The Bride has added Stephanie Corneliussen (Mr. Robot) to its cast. She joins Nathalie Emmanuel (Game of Thrones), Garret Hedlund (The United States vs. Billie Holiday) and Alana Boden (I Am Elizabeth Smart) in the film. The Bride is “contemporary thriller that tells the story of young woman invited to a lavish destination […] 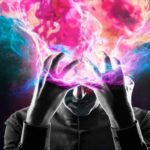 FX Networks chief John Landgraf has announced at the Television Critics Association winter press tour that its X-Men series Legion is set to draw to a close with its upcoming third season. According to reports, creator and showrunner Noah Hawley always intended for the series to run for three seasons, and the decision is not […]

TV Line is reporting that Stephanie Corneliussen (Mr. Robot) has signed on for a recurring role in DC’s Legends of Tomorrow as Valentina Vostok, who is better known to comic book fans as the DC villain Negative Woman. The character is described as “a gifted and beautiful Soviet physicist who will stop at nothing to […]