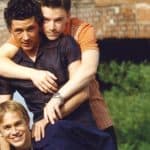 Queer as Folk is getting a second coming-out party. With one American reboot already in the 00s, Russell T. Davies’ original groundbreaking British series will now get another American version. The Queer as Folk reimagining has received an eight-episode, straight-to-series order from Peacock, the streaming service for NBCUniversal. Little America’s Stephen Dunn will head the […]

Peccadillo Pictures, the leading film distributor for LGBT films in the UK, is taking a selection of the best contemporary LGBT films from around the world on a nationwide roadshow festival called POUTfest. From June to September, a provocative and entertaining selection of international feature films and brand new British gay short films will be touring cinemas up and […]