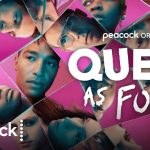 Peacock has debuted the first full trailer and a poster for Stephen Dunn’s upcoming drama Queer as Folk. A reimagining of Russell T. Davies’ groundbreaking 1999 British TV series, it follows a group of diverse friends living in New Orleans as they find their lives transformed following a tragedy; take a look here… Queer as […] 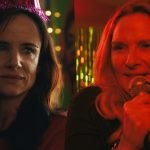 Queer as Folk makes its return to pop culture this Pride Month, and it’s bringing along some of the most fabulous actresses working. In these new images from the upcoming Peacock reboot, we see Kim Cattrall and Juliette Lewis debuting in the series. Queer As Folk moves to show from the original setting in Pittsburgh […] 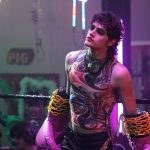 Peacock has released the first images and premiere announcement teaser for Queer as Folk, Stephen Dunn’s reimagining of Russell T. Davies’ groundbreaking British TV series which will follow a group of diverse friends in New Orleans; take a look here… Queer as Folk is a vibrant reimagining of the groundbreaking British series created by Russell […] 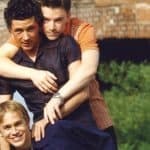 Queer as Folk is getting a second coming-out party. With one American reboot already in the 00s, Russell T. Davies’ original groundbreaking British series will now get another American version. The Queer as Folk reimagining has received an eight-episode, straight-to-series order from Peacock, the streaming service for NBCUniversal. Little America’s Stephen Dunn will head the […]

Variety is reporting that Bravo has snapped up the rights to a reboot of Queer as Folk, which is being written, directed an executive produced by Stephen Dunn, with original series creator Russell T. Davies on board to executive produce. According to the site, the new series will feature a brand new cast of characters […]