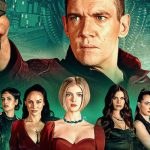 Paramount has released a trailer, poster and images for the upcoming sci-fi thriller Wifelike. Written and directed by James Bird, the film stars Jonathan Rhys Meyers as a grieving detective who finds himself targeted by underground resistance after sabotaging his artificial companion (Elena Kampouris) to behave like his late wife. Check out the trailer below… […] 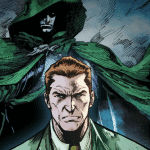