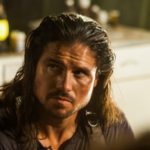 With less than a month to go until its UK VOD release, a trailer and batch of images have arrived online for the upcoming survival thriller 3 Hours Until Dead (titled Never Leave Alive in the US). Directed by Steven LaMorte, the film stars former WWE star John Hennigan (a.k.a. John Morrison) alongside Joseph Gatt, Michelle […]

With a little over a week to go until its VOD release, a new trailer has arrived online for director Steven LaMorte’s upcoming action thriller Never Leave Alive which stars former WWE star John Hennigan (a.k.a. John Morrison) alongside Joseph Gatt, Michelle Taylor, and Eric Etebari; check it out below after the official synopsis… Rick Rainsford […]