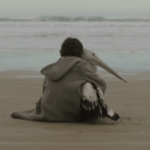 Ambience Entertainment has announced that Geoffrey Rush (Pirates of the Caribbean) and Jai Courtney (Suicide Squad) will lead the cast of Storm Boy, a contemporary retelling of the 1976 Australian family film, which is described as a “heartwarming tale about unusual friendship and unconditional love.” Based on Australian author Colin Thiele’s 1964 novel, the film […]