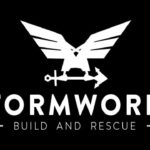 Green Man Gaming have announced the release of their open world adventure Stormworks: Build and Rescue onto Steam Early Access.  The game has garnered plenty of popularity from the earlier alphas and beta builds with scores of YouTube videos and Twitch streams making an appearance and now the game is in Early Access everyone will be able […]