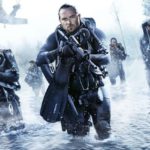 Ahead of its release next month, the first clip has arrived online from Steven Quale’s upcoming action thriller Renegades featuring J. K. Simmons and Sullivan Stapleton; watch it below… SEE ALSO: Watch the trailer for Renegades here RENEGADES is about a team of Navy SEALs on assignment in war-torn Europe who discover a treasure of gold at the […]

With less than a fortnight to go until its release, a new trailer has arrived online for the crime thriller Cut Snake, which stars Sullivan Stapleton, Alex Russell and Jessica De Gouw. Take a look below after the official synopsis… It’s the mid-1970s, and Sparra Farrell (Russell), a fiercely private young man, is trying to […]

NBC has debuted a San Diego Comic-Con trailer for Blindspot, the upcoming drama series from Berlanti Productions and Warner Bros. Television, starring Jaimie Alexander (Thor) and Sullivan Stapleton (300: Rise of an Empire). Check it out below… Sullivan Stapleton stars as hardened FBI agent Kurt Weller, who is drawn into a complex conspiracy when a […]

A red band trailer has arrived online for director Kriv Stenders’ action comedy Kill Me Three Times starring Simon Pegg, which you can see below along with a brand new poster… A mercurial assassin (Simon Pegg) discovers he isn’t the only person trying to kill the siren (Alice Braga) of a sun-drenched surfing town. In […]