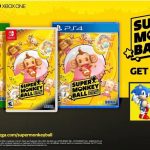 SEGA has today announced the launch of Super Monkey Ball: Banana Blitz HD on Xbox One, Playstation 4 and Nintendo Switch.  Originally released on the Wii back in 2006, Super Monkey Ball will provide players with plenty of single player levels, multiplayer fun, self-aware monkeys and, for the first time ever, Sonic the Hedgehog as a speedy […] 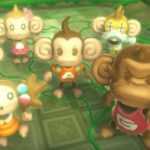