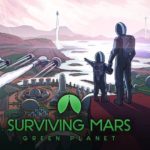 Paradox Interactive and Haemimont Games has announced that Green Planet, the second major expansion for their out of this world survival game Surviving Mars, will be coming to Xbox One, Playstation 4 and PC later this summer.  A brand new trailer has been released to accompany the announcement and can be seen below…. The Green […] 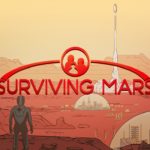 Paradox Interactive and Haemimont Games have announced that Surviving Mars, their management strategy game that takes players to the Red Planet and challenges them to survive the hostile environment and build a colony, is available now on Xbox One, Playstation 4 and PC.  A trailer has been been released to celebrate the launch and we have […]

Paradox Interactive and developer, Haemimont Games have revealed their new strategy game, Surviving Mars.  This new title will see players venture to the Red Planet to develop the foundations for a thriving human colony.  Watch the spectacular new announcement trailer below… In Surviving Mars players travel to the Red Planet in the hopes of creating a new and successful colony. […]