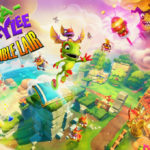 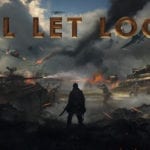 Team 17 and developer Black Matter have announced that they are working together to bring authentic WWII shooter Hell Let Loose to PC Early Access in 2019.  This realistic, team based FPS will offer epic tactical battles set across huge maps.  A new trailer has been released to accompany the announcement and we have it […] 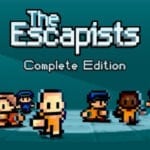 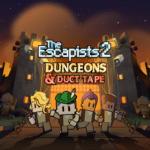 Are you a serial escapist?  Do you need more challenging prisons to escape from?  If the answer to these is yes then you will be pleased to hear that Team 17 and developer Mouldy Toof Studios have announced the release of the Dungeons and Duct Tape DLC for their sandbox escape hit The Escapists 2.  […]

Veteran developer, Team 17, has announced that their turn based hit strategy game Worms W.M.D is now available for the Nintendo Switch via the Nintendo eShop.  The Switch edition of the game retains all the great features that other platforms enjoyed but will let you play on the go.  Team 17 have released a special […] 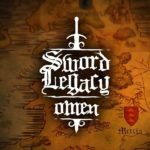 At this year’s Gamescom event veteran developers and publishers Team17 and developer Fableware Narrative Design have released a new trailer for their upcoming ‘candlepunk’ title Sword Legacy: Omen which is due for release on PC later this year.  This new trailer showcases the battles and some of the gruesome killing sprees that players can expect to find […] 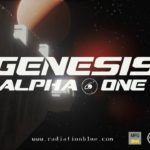 Veteran developers and publishers Team17 and developer Radiation Blue have unveiled a new trailer for their roguelike shooter/survival game Genesis: Alpha One at this year’s Gamescom event.  This latest trailer introduces the games cloning feature that players will rely on for creating stronger and more efficient crew. Watch it below… In a future where Earth has been […]

At this year’s Gamescom event in Cologne veteran developers and publishers Team17 and developer Villa Gorilla released a new trailer for their upcoming their pinball platformer Yoku’s Island Express. This new trailer showcases the world that players will arrive in as they take up their new postman duties.  Yoku’s Island Express is due for release on Xbox One, Playstation 4, Nintendo […]

Team 17 and developer Mouldy Toof have released a new trailer for the upcoming The Escapists 2.  This latest trailer showcases the out of this world gameplay in one of the new prisons that The Escapists 2 has to offer.  Watch this trailer below… The new prison featured in the trailer is the U.S.S Anomaly, a prison […]

Team17 and Cambridge based indie developer Ghost Town Games have announced that their BAFTA award winning co-op cooking game Overcooked: Special Edition will be served up for Nintendo Switch gamers on Thursday 27th July.  As well as the base game this edition will also contain the DLC packs.  Watch the game’s new trailer below.. In Overcooked players must journey […]