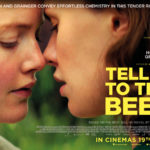 Ahead of the film’s UK release next month, we’ve got an exclusive poster for director Annabel Jankel’s sensuous romance Tell It to the Bees starring Anna Paquin and Holliday Grainger. Check it out here, along with the UK trailer… Dr Jean Markham (Anna Paquin) returns to the town she left as a teenager to take […] 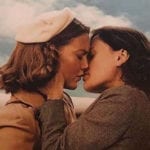 A poster and trailer have been released for the upcoming romantic drama Tell It to the Bees. Directed by Annabel Jankel, the film is based on Fiona Shaw’s 2009 novel of the same name and sees Anna Paquin and Holliday Grainger portraying secret lovers in 1950s Britain. Dr. Jean Markham (Anna Paquin) returns to the […] 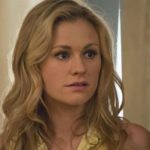 Motion Picture Capital, BFI and Creative Scotland have announced that filming is now underway on Tell It to the Bees, an adaptation of Fiona Shaw’s critically acclaimed romance novel, which stars Anna Paquin (True Blood) and Holiday Grainger (My Cousin Rachel). The film is being directed by Annabel Jankel (Live from Abbey Road, Skellig: The […]