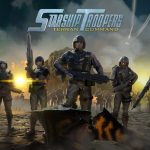 Slitherine Games has announced that they will be releasing a brand new RTS title set in the Starship Troopers movie universe on PC next year.  Developed by The Aristocrats, Starship Troopers – Terran Command will take players on a journey into the galaxy in a fight against the Arachnid threat.  Check out the new announcement trailer […]